On November 6, the Official Spanish Chamber of Commerce in Belgium and Luxembourg awarded the Grupo Social ONCE, in its V edition, the Company of the Year Award 2018 in an act which took place in the residence of the Embassy of Spain in Brussels. Through this award, the Chamber annually awards the promotion of trade and business development in Belgium and Luxembourg.

With this award, the Chamber wanted to recognize the Grupo Social ONCE for its unique business model in the world and for its leadership at an international level. Its active participation in Brussels within various business and disability organizations at European level, shows its commitment to the integration process. This award aims to contribute to closer business relationships of the Grupo Social ONCE through the provision of goods and services to companies from Belgium and Luxembourg markets.

In addition, its constructive and ambitious contribution to the community legislative process, seeking the right balance between business and social dimension and its partnership with the European Commission through the Operational Program for the Training and Employment of People with Disabilities – it has been an example of good practices for two decades-, have also been reasons for this concession.

h the words of the Ambassador of Spain in Belgium and President of Honor of the Chamber, Beatriz Larrotcha who said that this award was a right decision: “Grupo Social ONCE is more than a company, it is a cooperation between institutions and companies (…) the ONCE is the image we want to show abroad, for this reason it is an honor to give them this award “.

The president of the Chamber, Juan Rodríguez-Villa, joined in the congratulations of the ambassador and described the ONCE foundation as a “revolutionary movement” that has achieved a progressive improvement in social advances and levels of inclusion: “It is a modest award, which recognizes the merits of the Spanish company. Grupo Social ONCE works for social normalization and inclusion, for them it is easy to recognize the feeling of pride”.

Pride that also shared the Minister of Economy and Business, Nadia Calviño, who has a strong link with the foundation and who was responsible for delivering the award. “The ONCE foundation is a unique model for eight decades. It is a model that shows its commitment to Europe and its collaboration with the European Commission (…). This award is granted for its contribution to Marca España. I only have two words, admiration and gratitude”. 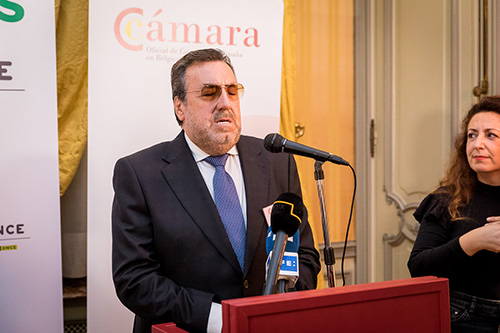 of the Grupo Social ONCE, Miguel Carballeda, accepted the award. During his speech he wanted to remember his years as a seller of ONCE coupons and thanked the award on behalf of all his colleagues at the foundation: “Who would have told me that after selling coupons for 10 years, I would be here today collecting this award on behalf of my colleagues. (…) We (Grupo Social ONCE) have to remain the best company, to be a reference for citizenship, for all those people who come daily to our 20.000 coupon sellers”. In addition, he took the opportunity to remember that the ONCE is the world’s first employer of the disabled and the fourth employer in Spain.

The event ended with a cocktail that all the guests attended. The Chamber thanks the Embassy of Spain in Belgium and all the participating companies for their contribution so that the event has been a success. 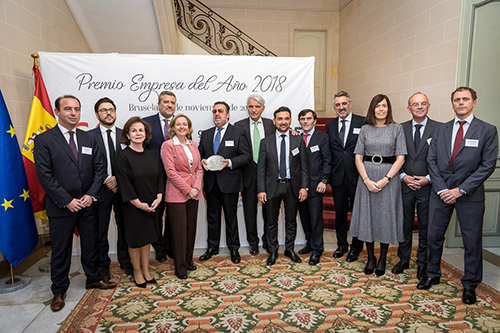 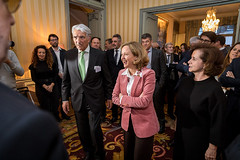 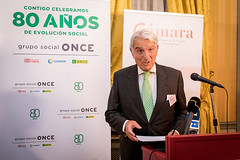 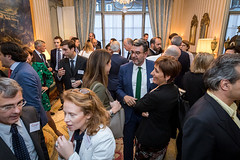 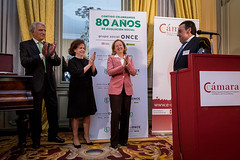 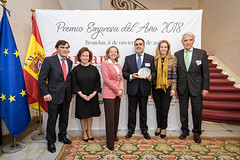 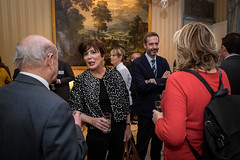 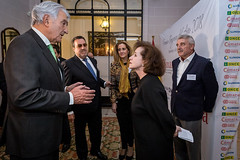 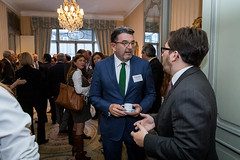 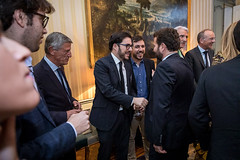 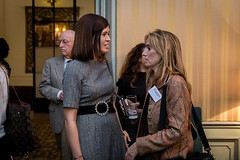 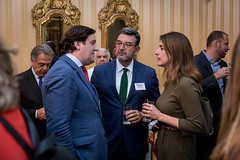 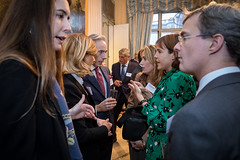 REACTIVATE consortium meeting
This site uses cookies to provide you with a more responsive and personalized service. By using this site you agree to our use of cookies. Please read our cookie notice for more information on the cookies we use and how to delete or block them.Accept Read More
Scroll to top