From Monday 15th to Friday 19th November, the Official Spanish Chamber of Commerce in Belgium and Luxembourg organised the third e 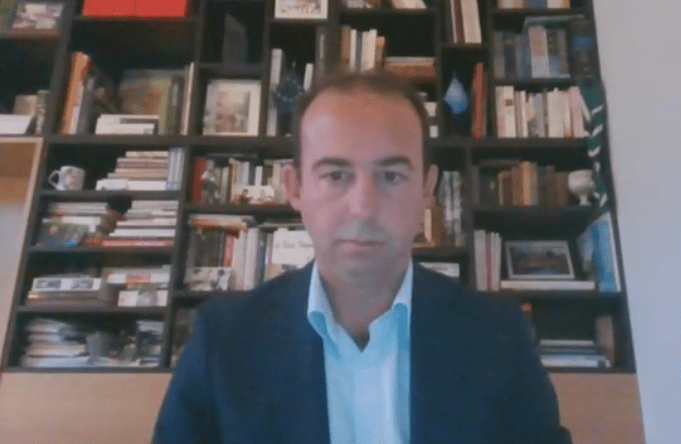 dition of the training “Public advice strategies and dialogue with European institutions“, mainly addressed to Spanish companies and associations.

Around twenty representatives of Spanish companies and sectoral associations took part in the training, interested in learning first-hand about the tools that allow them to establish an effective dialogue with the different institutions of the European Union, anticipate regulatory risks and opportunities, and effectively influence the different stages of the legislative process.

The training was given by renowned professionals from multinationals, business organisations, leading Spanish bodies, as well as members of the different European institutions. The first day of the course began with an introduction by Pablo López Álvarez, President of the Chamber and Senior Managing Director of FTI Consulting, who presented the programme and did a follow-up of the current European Action.

consultant and former MEP, Ignasi Guardans, spoke about the institutional structure of the EU and its adjacent ecosystem. This was followed by the head of European affairs and permanent delegate at the CEOE Delegation in Brussels, Patricia Cirez, who shared her knowledge on the basic tools for monitoring and, in her case, contributing to the European legislative process.

The second day of training began with the intervention of Carlos Rodríguez Cocina, European Affairs Director at Telefónica and head of the Brussels office, who highlighted the importance of being present in the European capital and the participatory democracy that exists by contributing to the debate and nurturing the decision-making process with the institutions. This was followed by Diego Canga, Senior Advisor to the European Commission, who shared with the audience his recommendations on how and when it is most effective to interact with the institutions, from the perspective of the European Commission.

She was followed by Elena Ortíz, Head of EU Affairs at Vinces Consulting, María Rosa Rotondo, President of PACE and APRI, and Juan Alfonso Herrero, Director of European Affairs at Mercadona, who spoke jointly about the EU Transparency Register and the regulation and professionalisation of the public affairs sector.

Subsequently, Sonia Vila, former member of President Von der Leyen’s cabinet and head of the Management and Resources unit of the I.D.E.A. presidential service, spoke about the exclusive competences of the European Institutions and those shared with the Member States, as well as about the future of the EU, the priorities and the main challenges.

The day ended with Irene Martínez, Executive Coordinator and Luis Simón, Director, both from the Elcano Royal Institute in Brussels, and Ángel Rebollo, founder of ARPA Consulting and Senior Partner at Must & Partners, who explained the role of Think Tanks, NGOs and consumer associations at the European level and discussed why it is necessary to integrate Spanish MEPs in Brussels policy.

The fourth day of training focused on the role of the Council and the Permanent Representation of Spain to the EU, thanks to Raúl Fuentes, Deputy Ambassador of Spain. Fuentes gave recommendations to the attendees on how to find out who are the people responsible for each regulation.

The second presentation was given by Ruth Estrada, partner at Schuman Associates, and Susana

The fifth and final day of th

Finally, it was the turn of Manuel Mostaza, director of Atrevia Brussels, and Carolina Serrano, consultant at the same company, who spoke about the organisation of events, the most popular media in the European Union ecosystem and how to develop a European communication and public affairs campaign.

The training was closed by Marta González Benguria, Secretary General of the Chamber, who thanked all the speakers and attendees for their participation in this third edition of the course and highlighted the role played by the Official Spanish Chamber of Commerce in Belgium and Luxembourg, as a support entity for Spanish companies interested in defending their interests in Europe.

Training on “Communication for European projects”
This site uses cookies to provide you with a more responsive and personalized service. By using this site you agree to our use of cookies. Please read our cookie notice for more information on the cookies we use and how to delete or block them.Accept Read More
Scroll to top