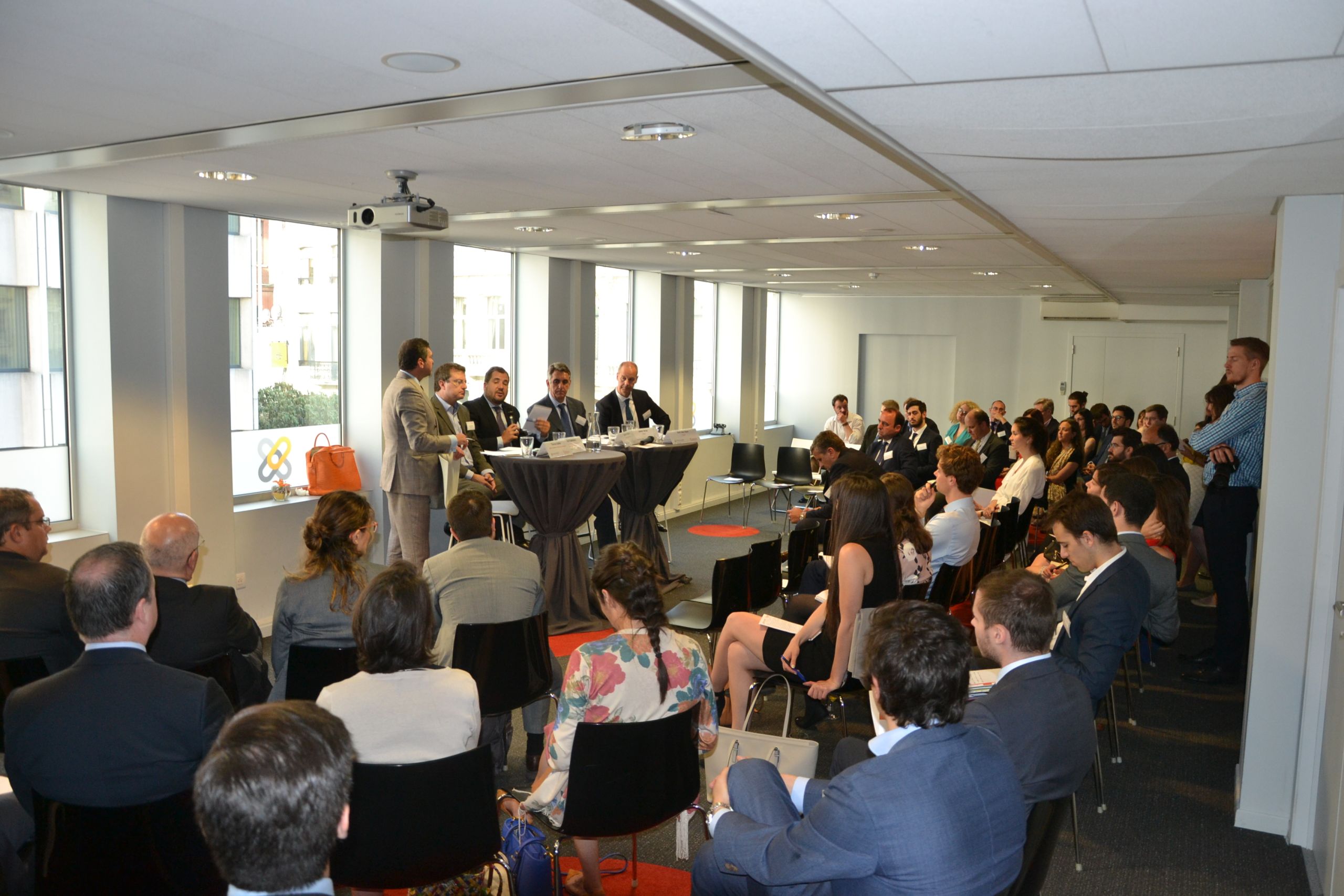 On June 15th, the Official Spanish Chamber of Commerce in Belgium and Luxembourg, in collaboration with the British Chamber of Commerce in Belgium, organized a panel-debate regarding the “effects of Brexit on bilateral trade relations between Spain and the United Kingdom”. Among the attendees, the Trade and Investment Director General from the Economy, Industry and Competitivity Ministry joined representatives of the Spanish Government and the Spanish Embassy in Belgium, members of both chambers, representatives of companies and European institutions as well as members of regional delegations.

The first lecturer, Ignasi Guardans, partner at K&L Gates and member of the Executive Board at the Official Spanish Chamber of Commerce, explained the Spanish Chamber’s activities related to European affairs. Moreover, Mr. Guardans presented the main data on the Spain-United Kingdom trade forecast from the corporate perspective, emphasizing the role of the Anglo-Saxon country as one of Spain’s most important trade partners.

Next, Ignacio Molina, senior analyst at the Elcano Royal Institute, presented Brexit’s institutional approach, performing a synthesis from the think tank perspective, from the territorial conflicts in Northern Ireland, Scotland and Gibraltar, to the importance of bilateral freedom of movement, not only regarding tourism, but also long-term residents and workers.

After Mr. Molina’s intervention, Javier Arias, Head of European Affairs at BBVA, stressed the great uncertainty present in the agenda, especially in the financial sector. Moreover, he underlined the deadly effects of higher costs and an investments downfall.

To conclude, Dirk Van Ham, Corporate Relations Director at Diageo, highlighted the significance of an understanding related to a future international trade agreement which includes in its regulatory benchmark movement of goods, capital and people, as well as the need for effective cooperation at the international level.

Following Mr. Van Ham’s comments the debate began, characterized by a high participation. Topics like consumer protection, SME’s role in the trade agreement’s negotiations, the territorial conflict in Catalonia and, specially, Spain’s position on the creation of an effective regulatory agreement were discussed.

II Golf Tournament of the Spanish Community at Luxembourg
Scroll to top
This site uses cookies to provide you with a more responsive and personalized service. By using this site you agree to our use of cookies. Please read our cookie notice for more information on the cookies we use and how to delete or block them.Accept Read More
Privacy & Cookies Policy