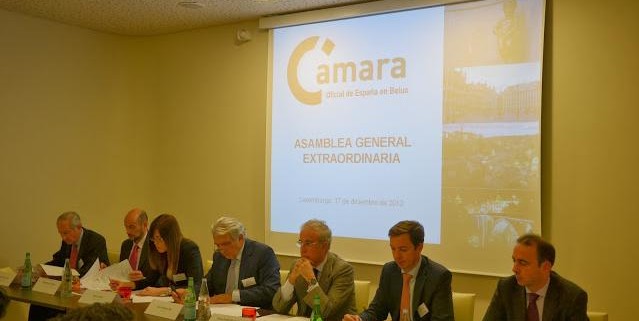 On December the 17th, 2013, the Official Spanish Chamber of Commerce in Belgium and Luxembourg held its Extraordinary General Assembly at the hotel Meliá Luxembourg. The meeting started at 3:30 pm. The President of the Chamber, Mr Juan Rodríguez-Villa, welcomed the partners and consultants present in the room and wanted to highlight the good execution of the anticipated objectives for this fiscal year 2013, with special mention to the good work made in the new delegation of Luxembourg. 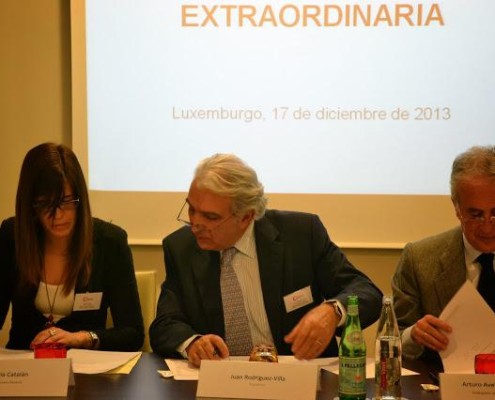 Afterwards the Secretary-General proceeded to read the Minutes of the last Assembly, which was unanimously approved after some formal comments about it. On the second point of the agenda, related to the presentation of the foreseen budget for 2014, the treasurer, Mr Miguel Ángel Arrimadas, took the floor to explain the most important line items of revenues and expenditures expected for the coming fiscal year 2014 in detail to the partners.

Once this intervention was over and after debating several issues concerning the programme of activities for the upcoming year and taking notes of the partners’ suggestions and opinions, the budget for 2014 was once again unanimously approved.

To close the Meeting, Mr Juan Rodríguez-Villa emphasised the important function of the FEDECOM as institution that exists in order to support the activity of the Spanish Chambers of Commerce abroad.