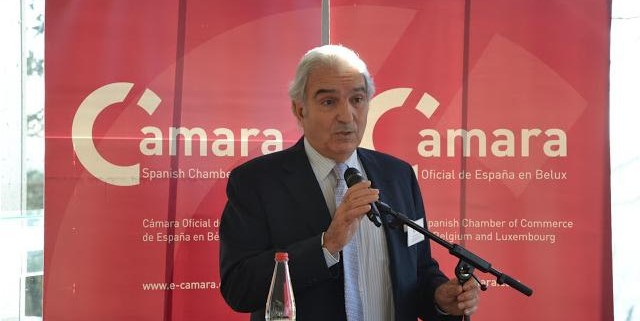 The debate, which topics were respectively about “Justice in times of crisis” and “The Court of Auditors: contribution to the European Project”, had the pleasure to count the presence of Mr Arturo Avello Díez del Corral, Ambassador of Spain in Luxembourg, and also  main directors of businesses settled in Belgium and Luxembourg as well as representatives of European institutions.

The event started with a small welcoming speech given by the president of the Chamber, Mr Juan Rodríguez-Villa. He thanked the Ambassador of Spain in Luxembourg for all his support to the Chamber shown along the past year, the first after the opening of the Luxembourger delegation of the institution. In addition, the president recalled the positive balance of the Chamber in the Grand Duchy of Luxembourg.

Once the lunch was over, Mr Sergio De Miguel-Jessel, vice-president of the Chamber, presented the speakers, showing gratitude for their support and collaboration with the institution.

Mr Alfredo Calot talked to the present audience about how the actual economic crisis affects the European court of Justice. First of all, he remarked the increase of work volume for 25% more since 2008 and he also emphasized the great mission of the court of justice in times of crisis, when there is a bigger need to respect the rules from national authorities.

As an example, he commented the well-known sentence dictated by the court referring to the “Mohammed Azziz against Catalunya Caixa” case, related to the abusive clauses of mortgage loans as well as the “Pringle” sentence, concerning the stability mechanisms for the Member Estates of the Eurogroup.

Finally he highlighted that the economic crisis is also affecting the court of justice in a direct way through the freezing of budgets and the reduction of personnel. The austerity may end up being detrimental to the good functioning of the institution; although he concluded saying that in spite of the resources reduction, people keep on working hard to accelerate the open cases.

After his intervention, Mr Eduardo Ruiz presented. He explained the main functions of the court of auditors: to audit the finances and improve the financial management of the EU. In order to achieve that, he pointed out that they have a budget of €120 million.

Mr Ruiz underlined that, to check the good utilization of the public funds, they work in a very exhaustive way to confirm the reliability of the accounting, the contracts and the payments made as well as inspections of the given subventions.

Referring to the financial management upgrade, the Secretary-General indicated that the suggestions they make are about simplifying the processes and focusing on results. He also highlighted the reports published by the court of auditors about the evaluation of the “Marco Polo” programme, the profitability of the investments in efficient energy and the investments in sea port infrastructures.

The event was closed with a small ceremony in which a little gift, regarding their attendance, was given to both speakers and afterwards there was a speech of Mr Arturo Avello Díez del Corral, Ambassador of Spain in Luxembourg, who recalled the relevance of having the Chamber present in the Grand Duchy of Luxembourg and his deep support for this institution. 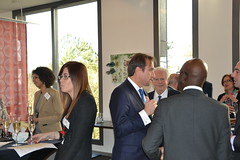 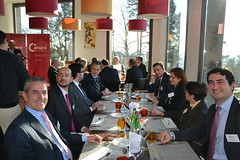 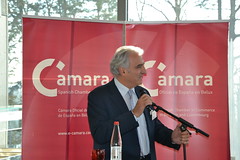 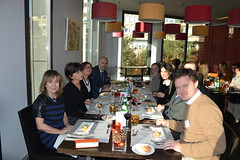 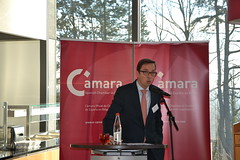 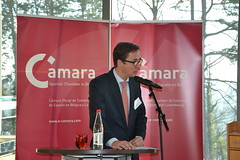 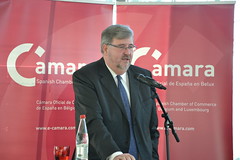 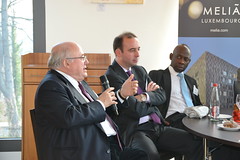 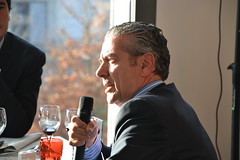 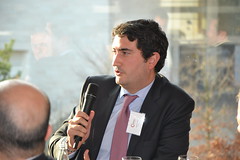 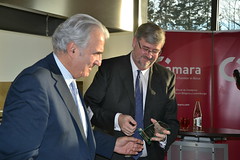 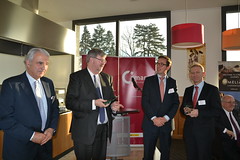 Company of the Year Award Air Europas and cellebration of the 75th Annivers...

Extraordinary General Assambly 2013
This site uses cookies to provide you with a more responsive and personalized service. By using this site you agree to our use of cookies. Please read our cookie notice for more information on the cookies we use and how to delete or block them.Accept Read More
Scroll to top