Last Thursday, June 24th, the Official Spanish Chamber of Commerce in Belgium and Luxembourg held its Ordinary General Assembly. Due to the current sanitary restrictions caused by the COVID-19, the Assembly was held for the first time in a hybrid format.+

After the agenda was read out, the President of the Chamber, Juan Rodríguez- 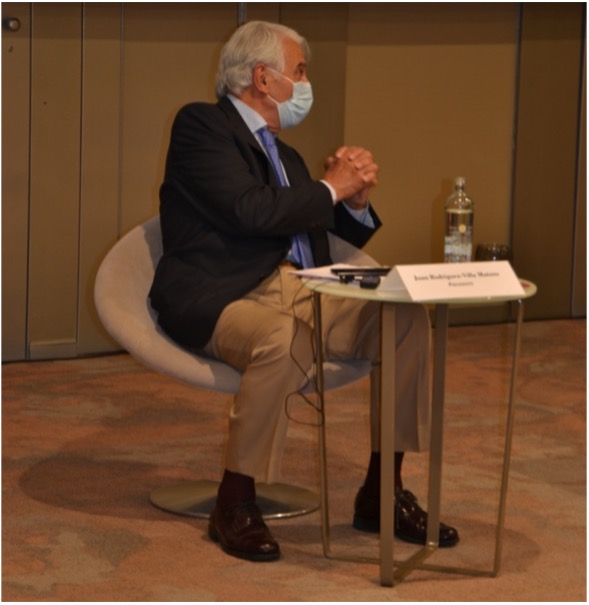 Villa Matons, took the floor. He first thanked the members present for their attendance and then announced his decision to resign as President. After an emotional speech, recalling the milestones of his work at the Chamber for 16 years, the President thanked all the people who took part in the resounding success of the institution. He highlighted the work of the Vice-President Pablo López, since his appointment in 2010, whom he acknowledged to have served as President “de facto”, during the long period of crisis in which we are still in. He also celebrated the positioning the Chamber as a point of reference for Spanish companies abroad, especially in terms of European agenda and visibility before the European institutions. Until the election of a new President by the Board of Directors, Vice-Chairman Pablo López Alvarez will act as Acting President.

Then, the Secretary General, Marta González Benguria, reviewed the main activities and events organised by the Chamber in the past year 2020. The Secretary General highlighted the positive trend in the increase in the number of members in the last year, with a growth of more than 8% compared to the previous year. This trend is positive not only in quantitative terms, as the Chamber has 6 new sponsoring members, from 34 to 40, an increase of almost 18%.

She also underlined the organisation of online events as one of the tools to continue with the traditional activities of the Chamber in a context of pandemic. Thus, the Chamber organised 53 events throughout 2020, mainly online, in close cooperation with its members. Of particular note were the online events developed in the framework of the “Business Circle” Platform which was able to attract important figures from the European institutions. The novelty of this 2020 were the working committees: the launch of “Competencia España”, focused on competition law and policy, and the “Spanish Financial Forum”, whose objective is to share experiences and generate business opportunities for Spanish companies in the financial sector.

Then, the Secretary General highlighted the role of the Chamber in the management of several European projects, two of which, for the first time, the Chamber has a coordinator role. In addition, the commercial area also remained active despite the paralysing effects of the pandemic on the economy, with 255 commercial consultations, and 9 direct trade missions.

Finally, she detailed the main items corresponding to the Balance Sheet for the financial year 2020, which was subsequently approved by all those present and represented. For the first time, the balance sheet exceeded one million euros and the profit was 125,177 euros.

The President then proposed the candidate members for presentation to the General Assembly and the General Assembly elected, for the first time with a telematic voting system, the following 8 members as vocals, representing their respective companies for a period of 3 years: 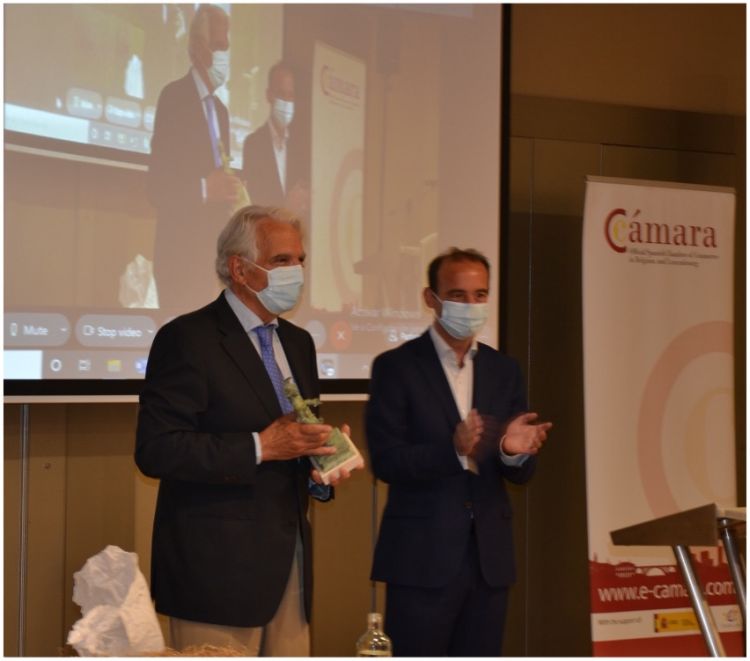 After the vote, Vice-President Pablo López Álvarez intervened as Acting President to pay tribute to the outgoing President, Juan Rodríguez-Villa, whom he described as “the best President the Chamber could have had”. After acknowledging his admirable career and the important legacy he leaves behind, he proposed his appointment as “Past President”, for the remaining year of his mandate as Board Member. This appointment was unanimously approved by the members present at the General Assembly, who gave the President a heartfelt round of applause. The Vice President undertook to convene a Board of Directors meeting shortly to elect a new President and announced his candidacy.

María Palanca Reh, Economic and Commercial Counsellor of the Spanish Embassy in Belgium and Luxembourg, then took the floor to recognise the excellent performance of the Chamber, especially in a pandemic situation. She thanked the Secretary General,

On July 2nd, a telematic meeting of the Board of Directors will be held to vote and appoint the next President of the Official Spanish Chamber of Commerce in Belgium and Luxembourg.

Interview with Jaume Puigdefabregas and Pedro Fecha, From de Roots
This site uses cookies to provide you with a more responsive and personalized service. By using this site you agree to our use of cookies. Please read our cookie notice for more information on the cookies we use and how to delete or block them.Accept Read More
Scroll to top