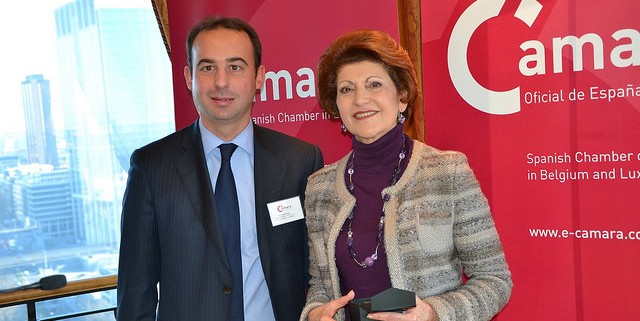 Androulla Vasilliou, European Commissioner for Education and Culture has announced a new investment plan in the European countries in order to contribute to the youth employment which is extremely low in certain cases.

This new plan will be developed with “smart public investment decisions” in the period between 2014-2020 with an estimated 70% funding growth. These funds will be transferred from the European Structural budget. In this line, the Commissioner has given concrete ideas such as the creation of the program “ERASMUS for All” which will be fully operative by the 2014 linking other seven European mobility programs which will “create synergies, a better access to scholarships and internships, and will be more efficient eventually”. The ERASMUS for All program not only focuses on the youngest but on the whole European population in order to contribute the mobility of the high-skilled people who will be supported institutionally and economically.

Another relevant issue is the idea of linking the investment in ambitious projects with a high rate of success, to the training of new graduates and young Europeans. Furthermore, Commissioner has asserted that by year 2020, there will be eighty million people in Europe with skills that will not be market relevant, which makes us wonder if the educational and labour institutions must be better interconnected, in order to identify the necessary skills that should be developed. Besides, there will be a specific strategy to combat the high-rate of “early school leavers” which in some European countries almost reaches 30%. This strategy consists of encouraging the “vocational work” where people could work in an environment where all their potential could be developed. To this aim, the platform “University Business Forum” will be created to work in two main directions: a knowledge alliance and an university alliance.

With the aim of developing the I.R.D and ICT the Commission has launched two other research programs. The Marie Curie and the Industrial PhD mainly focus on researchers and professionals from the most technical degrees. The Industrial PhD is based in the Danish model and it is part of the EURO20 Million program.

Finally, the Commissioner spoke about the “creation of the necessary conditions in times where it is all about reducing the budgets”. She added that the innovation and the creativity could be the key fact that is needed. In this sense, she spoke about the “Institution of Innovation” very linked with the ICT technologies built in some fundamental pillars such as “The healthy living”, “Food for the future”, “Raw Marterials” and “Smart and Social Servicies”.

Mr. Pablo López Álvarez, Vice-president of the Spanish Chamber of Commerce for Belgium and Luxemburg kindly appreciated the participation of the Commissioner in the luncheon-debate as well as the breakdown of the investment plan in education and training for the period 2014-2020. This shows the large European projection that the Chamber has consolidated.

ONCE Foundation. Assessment of the “Added value of the ESF programmes managed...