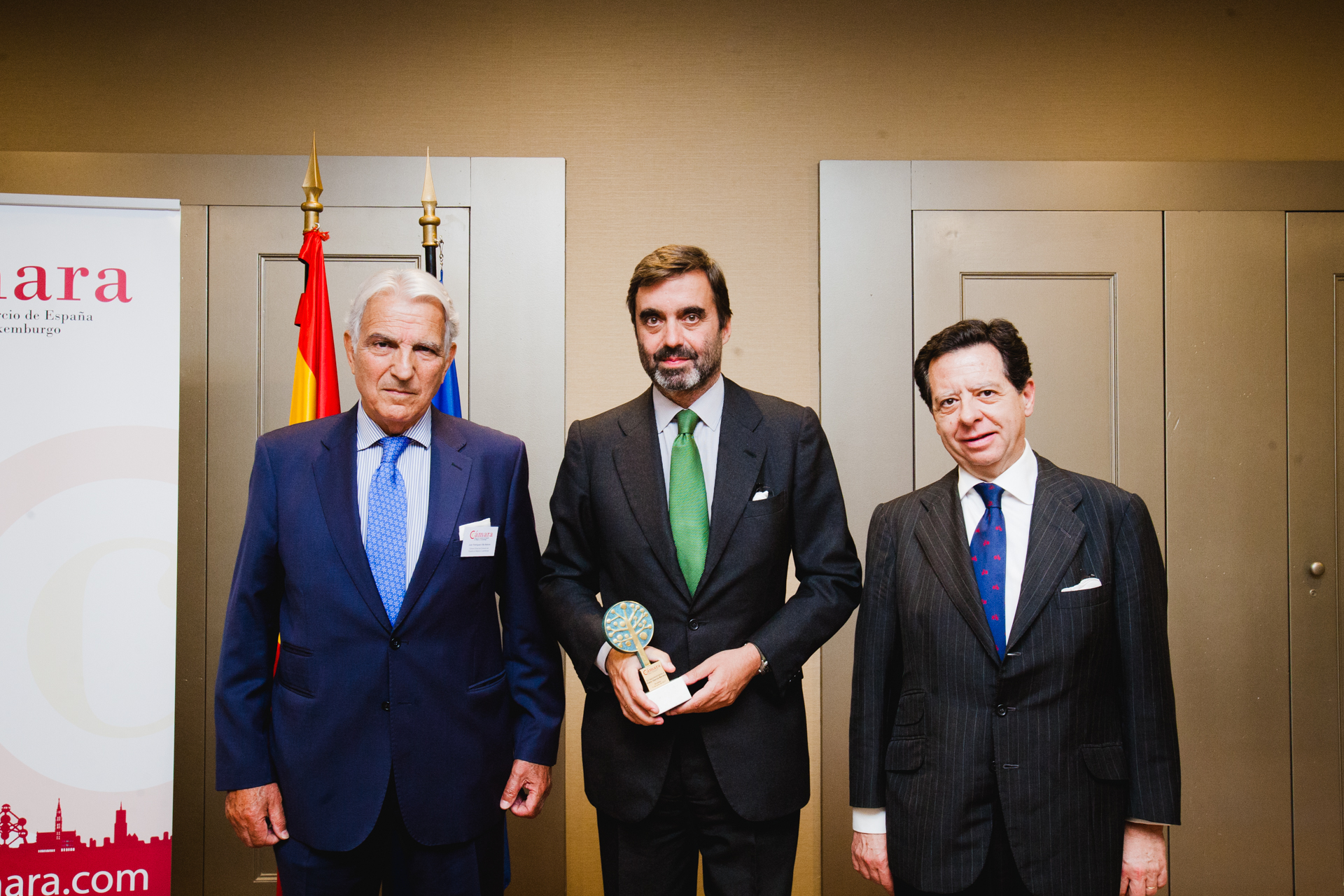 The Official Spanish Chamber of Commerce in Belgium and Luxembourg hosted last June 13th a luncheon-debate with Pablo García-Berdoy, Ambassador Permanent Representative of Spain to the European Union, on “European Agenda”. At the event, we had the presence of Ms. Cecilia Yuste, Ambassador of Spain in Belgium, and there were chamber members of the Chamber, business executives, members of the Spanish and international diplomatic bodies, as well as representatives of European institutions.

Juan Rodríguez-Villa Matons, president of the Chamber, thanked the Ambassador for its presence, highlighting his diplomatic career in representations like Bonn and Manila, Cabinet Chief of the Secretary of State of External Policy and for the European Union, Cabinet Chief of the President of the Congress of Deputies and Ambassador of Span in Rumania and Germany, between others. Plus, he underlined the importance of the Official Spanish Chambers of Commerce in different countries as a tool to contribute in economic diplomacy.

Afterwards, Íñigo de Palacio, Global Director of Institutional Relations of Indra, made a consideration -from the big company’s perspective– about the current European framework. De Palacio underlined that we are in a decisive moment, in which trust in European institutions and its integration project are a key for society and for companies, despite the uncertainty and the economic recession.

On the other hand, the representative of Indra proposed two important challenges for Europe: security and migrations, for which international cooperation and humanitarian aid are essential. Furthermore, he underlined the importance of globalization and the process of digitalization in the current political framework. At last, he pointed out the need to provide shared security services, through connectivity of European economies, technological innovation and mobility. 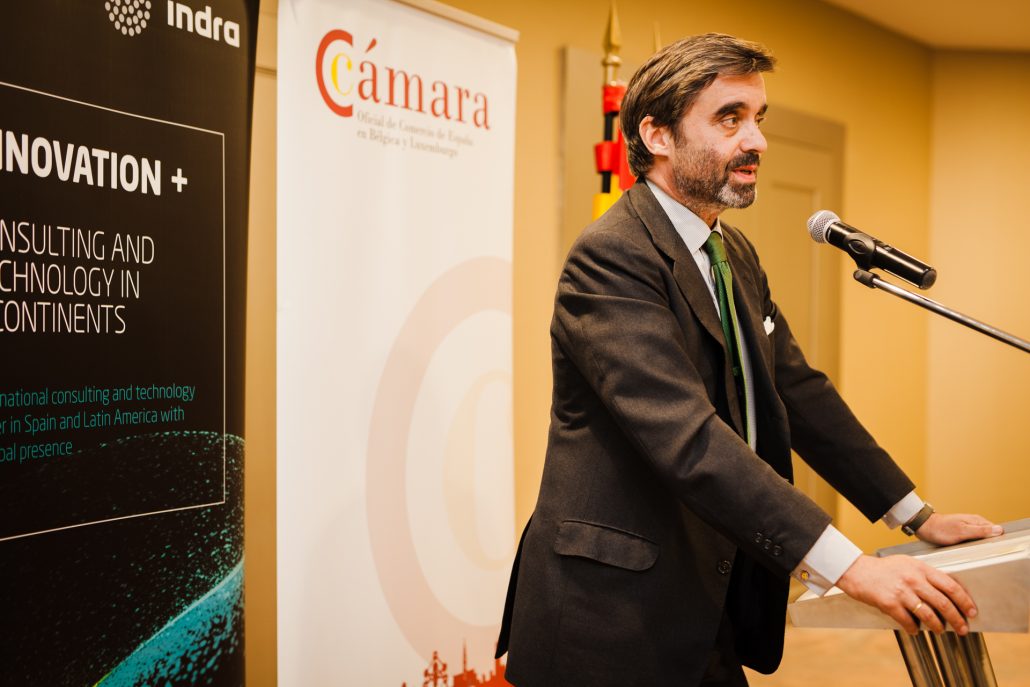 ador Permanent Representative of Spain to the European Union, after thanking all the participants for their presence, he started his intervention considering globalization as one of the main current challenges, mainly in the technological sector, but also in terrorism and migrations.  To face it, he explained different EU policies regarding interoperability and borders’ improvement.

As a second challenge, Berdoy mentioned about how to face competitiveness and to maintain our social model, underlining the importance of integration measures and the White Paper of the European Commission, in which different scenarios for the future of Europe were presented.

In a third stage, he focused on the Brexit subject, assuring all member-states should get prepared, especially in the company sector, besides negotiating financial perspectives in an economical context which reduces our spending capacity. At last, he wanted to highlight the requirement of consideration by the European Union in the security field, given Russian policy and the new North American administration.

Pablo García-Berdoy finished his speech with conciliating words, remarking the importance of national and European politicians to work together and share projects.

To finish up, there was a question and answers turn, in which the participants could ask their questions to the ambassador, mainly about the post-Brexit political scenario and EU exportation policy.

Juan Rodríguez-Villa gave an award to the Ambassador as a thank you for his participation in the luncheon-debate and his work as a head of the Permanent Representation of Spain to the EU.

The president also wanted to make a special mention to Bodegas La Emperatriz, sponsors of the event’s wine. 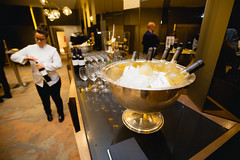 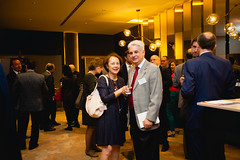 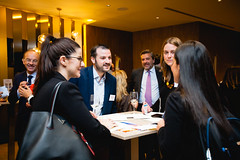 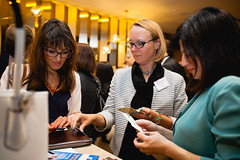 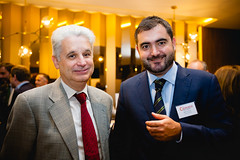 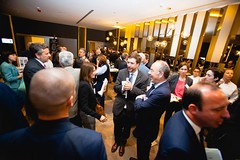 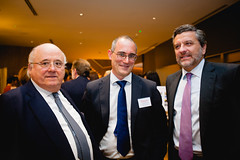 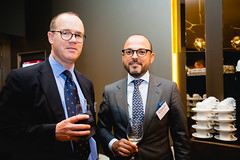 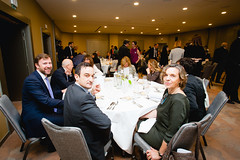 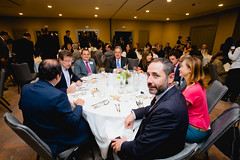 Conference “strategic and legal mechanisms for promoting private investment...
This site uses cookies to provide you with a more responsive and personalized service. By using this site you agree to our use of cookies. Please read our cookie notice for more information on the cookies we use and how to delete or block them.Accept Read More
Scroll to top