Mr. Joaquín Almunia, Vice-President of the European Commission and responsible for the General Directorate of Competition was the main speaker in the luncheon-debate organized by the Spanish Official Chamber of Commerce for Belgium and Luxembourg. During the speech the main highlights of the plan against the economic crisis were discussed from his General Directorate point of view.

A wide number of participants attended to the event including personalities from the Spanish and European institutions, ambassadors and representatives of the most important companies from Spain and Europe. The Vice-president Almunia tackled the important issues regarding the economic and political scenario that takes place.

The event started with the intervention of Mr. Juan Rodríguez-Villa, the president of the Spanish Chamber of Commerce who appreciated the Vice-president´s good disposition with the Chamber. This was the second participation after the one celebrated in the year 2006 when he was responsible Economic and Monetary Affairs.

The Vice-president took the word and started discoursing about the crisis period we are immersed in “It is fair to say that the crisis has been changing while the time passed”     […] “it has mutated” – he added. “Each of the measures that were launched to mitigate the crisis and redirect the economic situation to a new GDP growth, made the crisis changed itself and uncovered another problem”. In this context and using a medical comparison, the crisis was defined as a “virus” which came from the U.S.A through the financial markets, which were not controlled enough. Finally, it culminated in the sovereign debt crisis which has revealed the structural problems of the financial system.

The Vice-president regretted the birth of new nationalist stances that have recently appeared, creating a stressful working atmosphere for the European Institutions. With regard to the structural measures that some countries have faced he indicated that even when some of them could generate pessimism in the short-term timeline, the result must be always measured from a wider point of view.

After reviewing the general economic situation, the Vice-president debated about some issues closer to the General Directorate of Competition. Some of the basic pillars directly related to competition were exposed, like: the reduction of barriers of entry, the use of authority abuses, the reduction of the public money amount some companies received and the free circulation of services in the domestic market.

Finally, the Vice-president asserted that the innovation must be part of those fundamental pillars where Europe must lean on, in order to heal the economic problems and assure an economic sustainable growth.

Mr. Juan Rodríguez-Villa Matons, President of the Spanish Chamber of Commerce in Belgium and Luxembourg showed his gratitude to Vice-president Almunia and his team for participating in this event using the Chamber´s platform in order to make public the fundamental pillars of his General Directorate, which shows the growing importance and prestige of the Chamber on a European level. 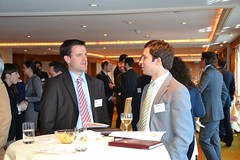 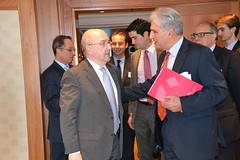 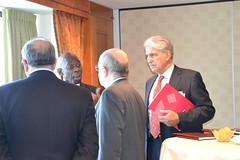 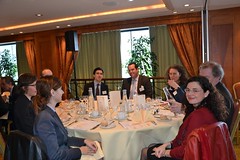 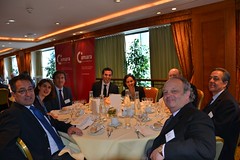 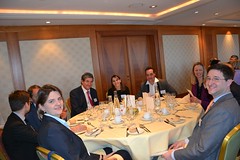 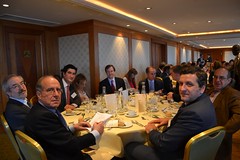 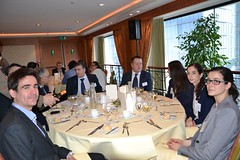 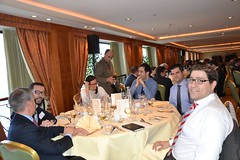 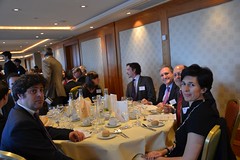 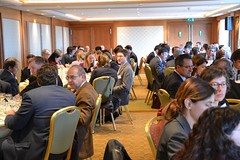 Luncheon-Debate with Nicolás Pascual de la Parte
This site uses cookies to provide you with a more responsive and personalized service. By using this site you agree to our use of cookies. Please read our cookie notice for more information on the cookies we use and how to delete or block them.Accept Read More
Scroll to top