The past April 25th, the Official Spanish Chamber of Commerce in Belgium and Luxembourg hosted in its Brussels’ headquarters a breakfast-debate with  José Blanco López, MEP and member of the Committee on Industry, Research and Energy and Alejandro Ulzurrun de Asanza y Muñoz, Head of Unit at DG Energy, about the “New legislative package of the European Commission on Renewable Energy and the design of Electric Market”. Between the participants, there were members of the Chamber, business executives and representatives of European institutions.

Pablo López Álvarez, Vice President of the Chamber, started by introducing the speakers and thanking their participation and all the attendees’. Before starting with the speeches, he made a brief introduction about the relevance of the current energy sector and its regulation in the European Union agenda.

Afterwards, Joaquín Mollinedo, Chief Institutional Relations, Sustainability and Brand Officer of Acciona, took part and pointed out Spain as a reference in the renewable sector, as well as the interest of Acciona in taking part on this sector from an industrial perspective and along with the EU commitment. Therefore, he wanted to underline his conviction on the new legislative package to promote a cleaner Europe, the energy sector and innovation.

Furthermore, Alejandro Ulzurrun, Head of Unit at DG Energy, made a summary of the Commission’s proposal, which he defined as “the chance to upgrade the European economy”. In his speech, he underlined the year 2015 for the energy sector, in which there was a record on global investments and around 8 million jobs were created.

Between the main elements of the project, Ulzurrun established four priorities: renewable energy, energy efficiency, electric market and governance. This project, defined by Ulzurrun as balanced and ambitious, covers almost all legislation they want to approve in order to achieve the EU goals.

Finally, Ulzurrun reminded the common interest between the Commission and the Parliament, giving as example their joint declaration of legislative priorities they agreed to pursue a significant progress through the year 2017, in which the new energy legislative package is included”.

José Blanco, MEP and member of the Committee on Industry, Research and Energy, started his speech thanking the the European Commission’s cooperation in the energy sector and explaining the two main goals of the Parliament in this field: recovering the leadership of the EU in clean energy and pursuing the goals set in the Paris Summit for 2020, like decarbonisation.

On the other side, Blanco highlighted the importance of legal safety in the EU, which he considers “essential to assure investements, which are so necessary”. In addition, he pointed out that, from the Parliament, they have the responsibility to learn from their own experience and to look for a regulation framework in the energy field that allows the economic modernisation and to build qualified jobs.

Finally, he insisted in the will of the Parliament to listen to different proposals in order to find a balance that enables the approval of the new package draft, in order to be able to present it to the plenary by the end of the year.

Once the speeches were given, our Vice President Pablo López began the debate, which had a high level of participation with different points of view from representatives of the main companies of the energy sector, consultants and members of the European institutions.

The main topics of the debate were about legal safety, the efectiveness of the legislative proposals in the energy field, the sources of financing for renewable energy and the different positions about the binding nature of the proposals and their legal framework. 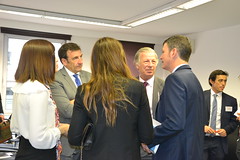 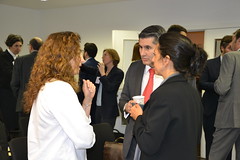 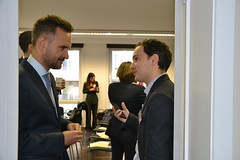 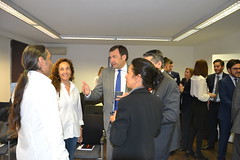 Breakfast-debate with Miguel Ceballos Barón, Deputy Head of Cabinet of the...

FTI Consulting Ranked as the Fastest-Growing Midsized Company in Brussels
This site uses cookies to provide you with a more responsive and personalized service. By using this site you agree to our use of cookies. Please read our cookie notice for more information on the cookies we use and how to delete or block them.Accept Read More
Scroll to top